The 14th edition of the Global Leaders Awards – Business Awards & Summit 2019, held in beautiful Capital of Azerbaijan near Caspian Sea , BAKU on 17th November 2019. This time the prestigious corporate award was supported by the one of the elite Indian news channel the ET Now.

The grand celebration of the most awaited and prestigious corporate award ceremony was started sharp at 7 PM in the evening at the Ballroom of J W Marriott Hotel, Baku, Azerbaijan, where elegance and aristocracy met with corporate successes. The Chief Guests of the memorable evening were Mr. Suniel Shetty, Indian Film Actor, Entrepreneur, TV host, Film producer.

Suniel Shetty is an Indian film actor, producer and entrepreneur who is predominantly active in Bollywood films while also working in Tamil, Malayalam, Kannada and Marathi film Industries. In a career spanning more than 25 years, he has acted in more than 110 films. His major works have been action and comedy films.

Baku the capital and commercial hub of Azerbaijan, Baku, one of the most beautiful world's cities is located at the joint of Europe and Asia. Baku is the largest cultural center of Azerbaijan. The capital's name itself is interpreted as a "wind blow", "city of winds" or "hill", "city on the hill".is a low-lying city with coastline along the Caspian Sea. It's famed for its medieval walled old city, which contains the Palace of the Shirvanshahs, a vast royal complex, and the iconic stone Maiden Tower.

The Awards also recognize the important social and environmental contributions made by organizations through the excellence of service, commitment to their customers, ethical behaviour and environmental sustainability. 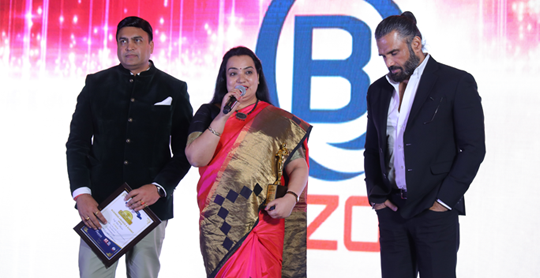